What is this about?

Hi all, my name is Robert Parcus and I'm a CS student from UNIPG (Italy). I'm moving to Hong Kong this September to further my studies and my plan for the Summer of 2014 was to participate in this year's Google Summer Of Code.

Gladly, I was accepted as a student in this amazing project and here I would like to spend a few words about the whole experience. Going from the application phase up to the finishing days. I hope you will enjoy the journey as much as I did.

After browsing the list of accepted organizations, I quickly decided that I wanted to apply for one of INCF's 13 projects. I started to read about them and even if I didn't know anything about The Virtual Brain before, it really got stuck in my head (pun intended).

The Virtual Brain is a set of tools for simulating the human brain based on large scale connectivity. It can be used as a Neuroscience scientific library for python or as a super cool framework, complete with a web based user interface full of visualizers.

Here is a small video about The Virtual Brain. 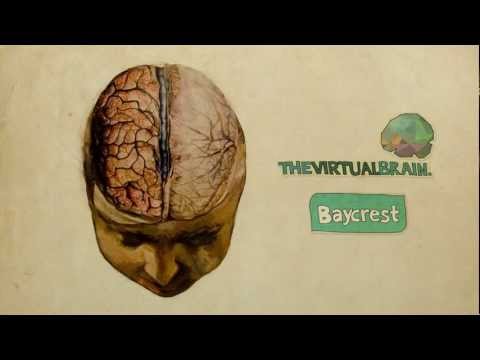 Mentors are the links between us students and the organizations we are working with.

Even before GSoC begins, students are advised to contact their hosting organizations to discuss about their working proposals. Since I didn't know TVB beforehand, I wrote them as soon as I could and to my surprise they replied back! :)

From my point of view, the people working on The Virtual Brain were like super stars and to see that we could exchange ideas, just like that, was a great thing for me. They had an advice for every and each one of my doubts, and they helped me not only in the application phase but also during my three months of work on GSoC, when they were always ready to help me polish my code and make good suggestions.

@liadomide (Lia Domide) and @pausz (Paula Sanz-Leon) were my mentors during this GSoC and I'm really thankful for all their time, patience and expertise. It is a pleasure knowing them.

Also I must thank @maedoc (Marmaduke Woodman) who was not officially my mentor but gave a great hand during all the process.

If I were to say which was the hardest part of GSoC. I'd say that it was definitely the application part.

After a lot of thinking and talking with my mentors, the application deadline was almost coming and I decided to send Google my proposal.

This was the final title of my proposal. From the Google-melange website:

Short description: The main goal of this proposal is to implement a time- series visualizer for 4D data in TVB, which would enable users to work with their functional MRI data directly from the browser. Then I will work on rewriting some of the visualizers that are currently implemented using MatplotLib and MPLH5, backed with web-friendly tools.

The proposal itself was much bigger and specific than this. The whole application phase was already a big challenge by itself. It was my first time planning for a project this big and I learned a lot during the process. Again, a big help came from my mentors who always had good suggestions ready.

Well, I would love to say that I simply waited and crossed my fingers, but no. I was really nervous about the outcome of the selection process and I remember that I also sent some of my stress to my mentors: "Is the application good enough?", "Should I have changed [...] to [...]?", "Should I have added more features to the proposal?", etc. At this point, a well placed "Don't worry" from them was really helpful. :)

I just want to leave a small note about this, since the overall sensation of a successful application should be obvious to everyone already:

It is hard to describe how happy I was when I read my name among the selected students. Google-melange sent me a few emails, the INCF started tweeting about it. I was added to the GSoC students mailing list where more than a thousand students from all over the world were talking about their experiences and asking for advice from other students (also, a lot of spam!). I suddenly had to (re-)read a lot of related documents, FAQs, emails. It was overwhelming!

I then proceeded to tweet about it myself and share some links on G+, but at first I did so on a very timid fashion.

I only really talked about GSoC in detail to a few close friends and colleagues. Before everything really started, I feared that the adventure was too big for me to handle and if I were to fail, I would want people to know as little as possible about it. It turns out that this was nothing but a silly behavior.

The more they know about what you do, the more your friends can support and understand you, in good or bad times.

The next time that someone calls me out for a movie or similar things I won't just say that I'm busy or come up with general excuses. I will probably be specific and just say the truth:

"Sorry, I have to work on a neuroscience data visualization thing and I'm really into it. Maybe next week? :)" 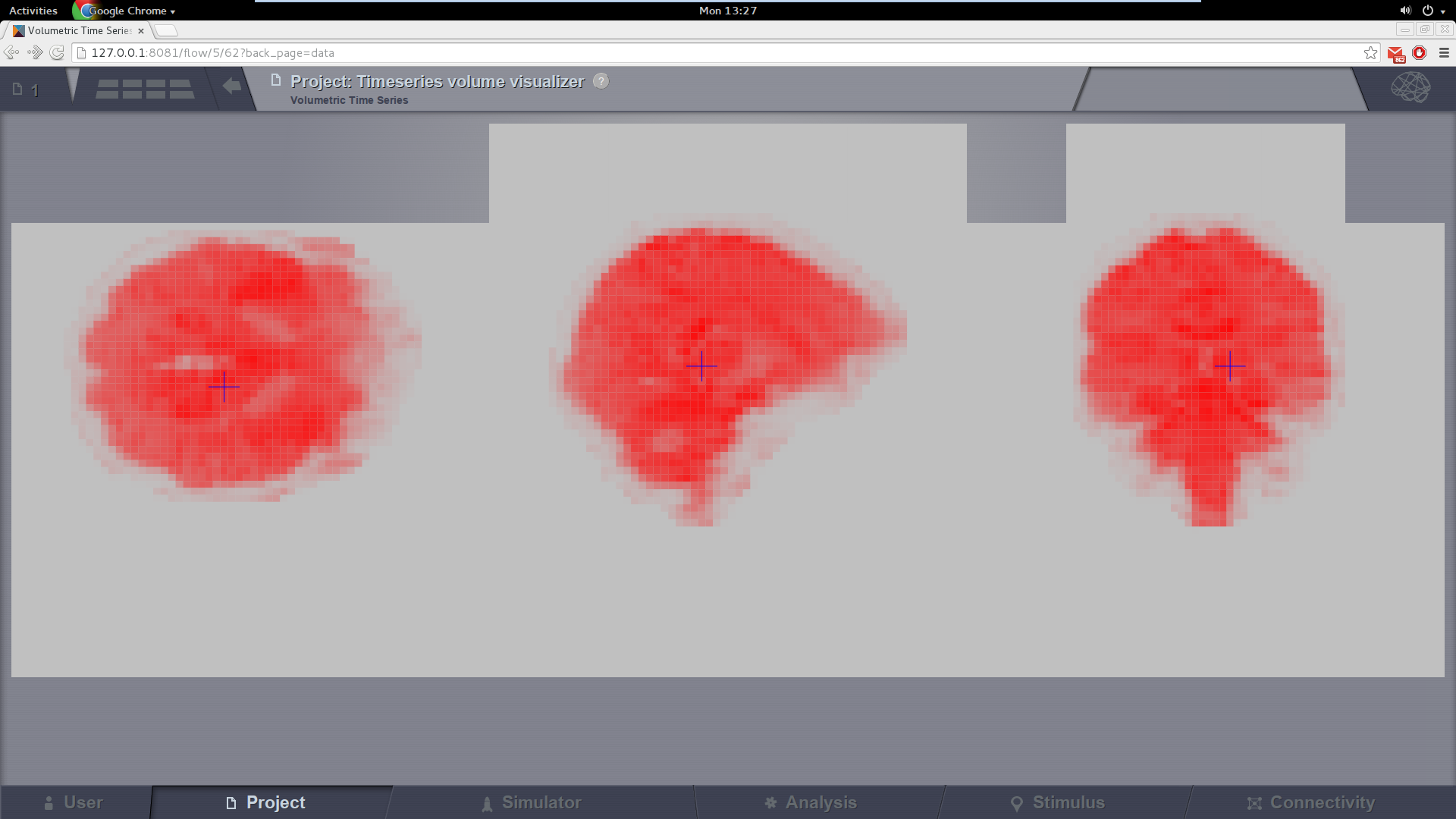 We decided to work on an already implemented prototype. The basic features to display the slices were already in place but the visualizer was missing its playback functionalities.

Also, since fMRI data can be huge, a buffering mechanism was necessary in order to load the required information and display it as fast as possible on the browser.

At first, I decided to give our visualizer a real user interface, so that I could test it directly as a user would do, without having to rely only on the console. The UI would also help display some information about the data being visualized, like selected time point and coordinates. Moreover, I tried to resize the quadrants and give each one of them a margin.

After playing around with the quadrants settings and using jQuery UI to create the user interface I had something very basic, like this: 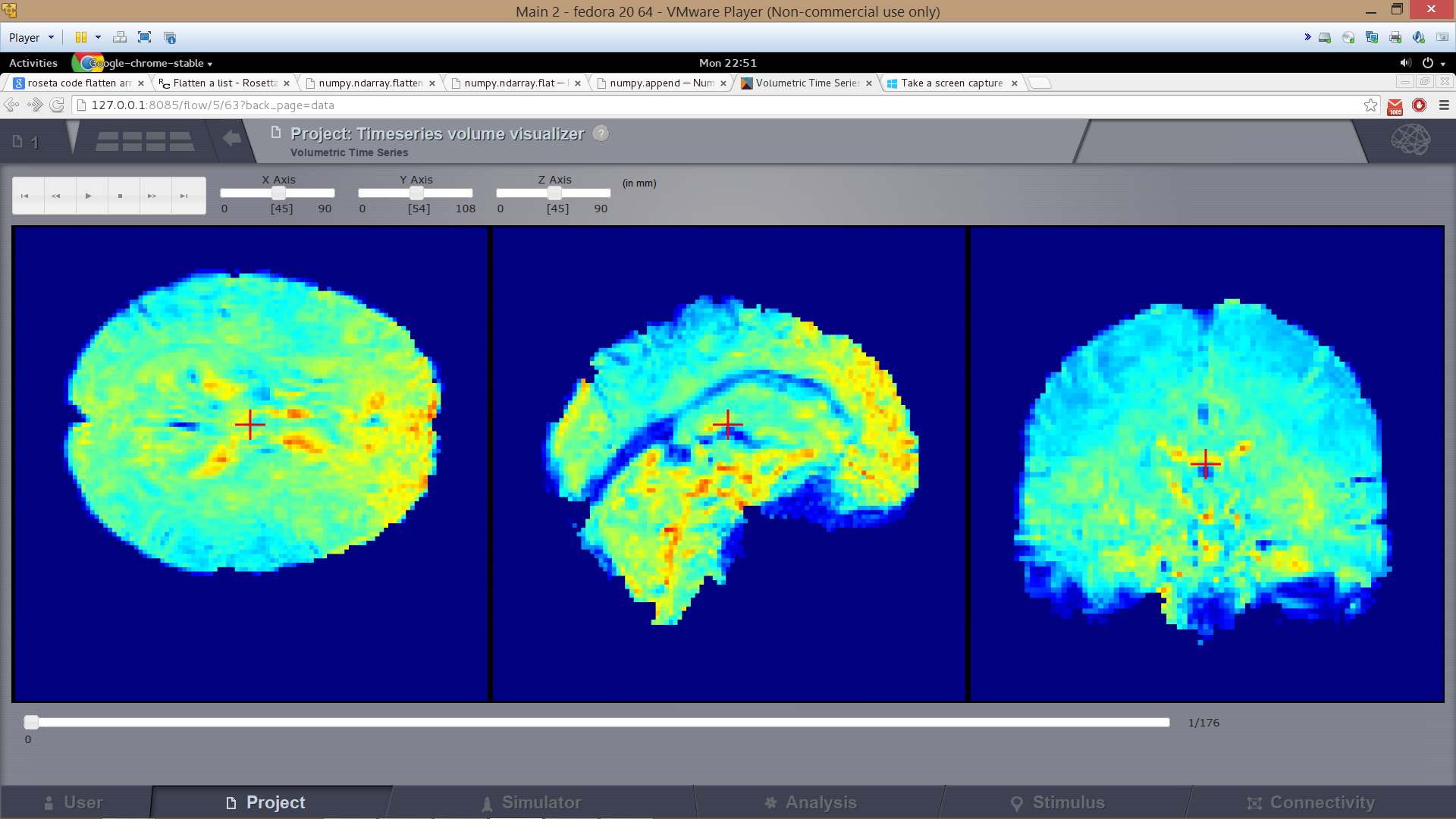 Now, for the hard part, it was time to focus on the buffering and the playback features.

My first attempt was to load everything in memory, but soon it was clear that this was not a realistic approach. A compressed fMRI file can easily occupy hundreds of Megabytes, hence loaded, uncompressed data could easily surpass the Gigabyte mark.

For example, we had a 91x109x91 voxels test set which was 177 frames long. In the client side the data would become a double-precision array with 159765333 elements. Such a big javascript array is just an easy way to crash your browser.

On the other hand, a purely lazy approach was also a bad solution: To query for a single frame, wait for the server to prepare it, receive the json data and parse it was either too slow or an overall waste of bandwidth, because of the overhead of requesting only one frame at a time.

Also, even if AJAX calls can be made asynchronously, the playback and UI would all freeze while waiting for the parsing operations.

To avoid blocking the main thread we used webworkes for parsing the json. An in- line wrapper was used so that we didn't need to use a separate file for the webworker code.

While the parsing function was similar to:

It is important to remember that this approach will not speed up the parsing itself (it may even delay it). Its only benefit is that the main thread will never freeze while waiting for the parsing to happen and during playback this is exactly what we need.

With the parsing problem solved, the next thing was buffering.

The visualizer checks the selected voxel and asynchronously queries the server for batches of frames of the three visible planes only. If our data is composed of n sized MRI "cubes", this approach reduces the spatial complexity of each frame from O(n^3) to O(n^2).

If the user clicks the planes to navigate in space, we halt the buffering of future frames and synchronously load the complete cube data for that time point. A little delay was expected in these cases but we noticed that it consisted of a negligible wait for average resolution data. As soon as the user stops picking, we can resume playback again, together with the buffering of future data based on the new selected voxel.

Coupled with the buffering system, a safety procedure was put in place to keep the memory footprint always under a certain threshold.

After the completion of the Volumetric Time Series Visualizer, we decided to focus on Time Series visualization. The technology of choice was D3.js and at the end of the project the result was similar to this:

A better description of how this visualizer works can be seen in the TVB documentation and for some cool (at least for me) insider information about it, you can take a look at this now closed pull request on the TVB github repository. 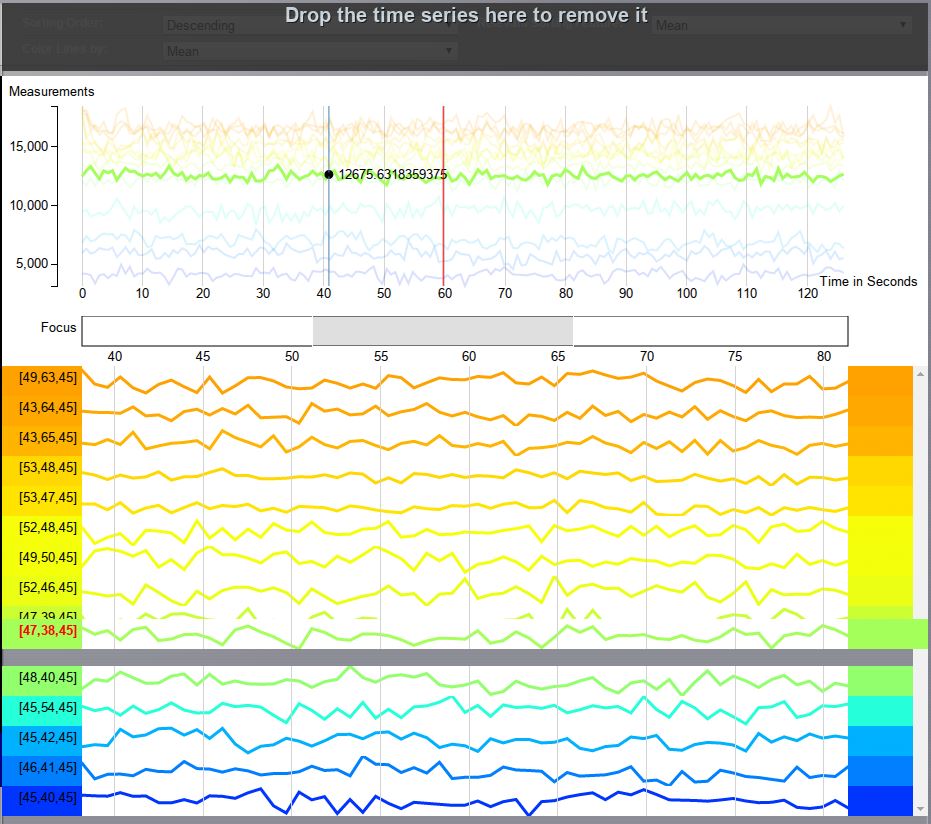 In the last days of the project, I restyled the visualizer and cleaned the code to a point were I felt it was ready to belong to an open source project.

All the code can now be seen on The Virtual Brain's github repositories. 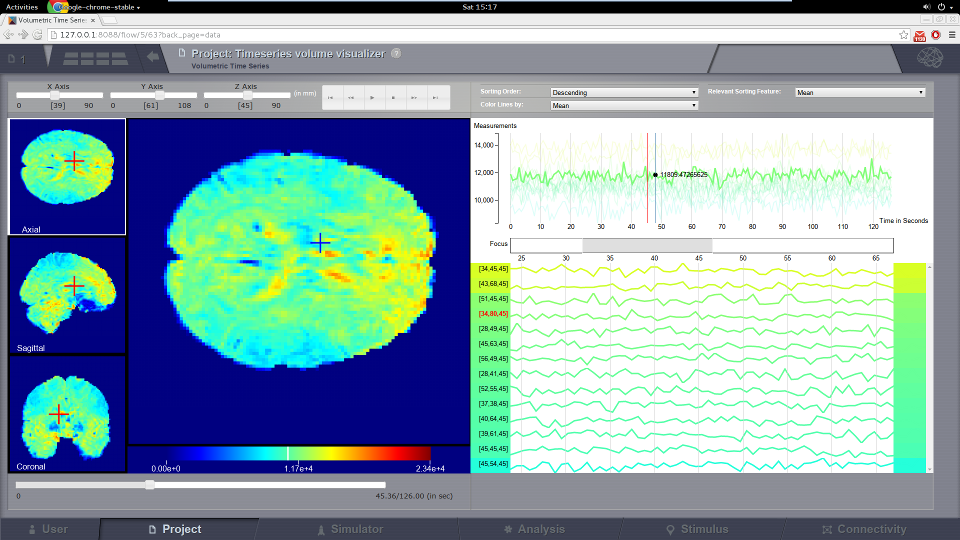 After more than three months of work Google Summer of Code 2014 has finished. I'm glad that I could open this chapter in my life and I'm also glad that it added many novelties to my story. I hope that I will be able to collaborate again with the folks at The Virtual Brain and I'm also thankful to my loved ones who gave me a lot of support during the last months (as they always did actually). Thanks!

If I must give a two words advice about GSoC to all my fellow students, it is the following:

Really, just do it. Don't be afraid to push your limits. A lot of great things are waiting just outside your comfort zone.

Thanks for reading this,

Now, after I'm done sounding like I'm a Nike advertiser, if you think that this page is missing some information, or you simply want to chat about anything, you can find me at betoparcus@gmail.com.